Should You Worry About an Inverted Yield Curve? 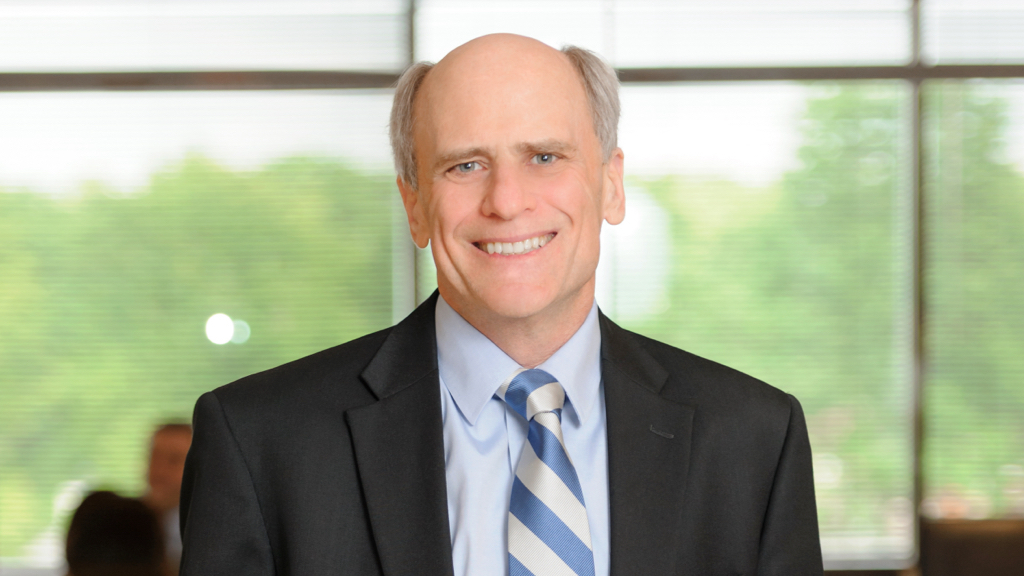 Ever since December 3, 2018, when the yield curve inverted (with the yield of 2.83 percent on the five-year Treasury note one basis point lower than the yield of 2.84 percent on the three-year Treasury note), I have been receiving calls and emails from investors worried about the impact of an inverted yield curve. The reason they are anxious is the much-publicized relationship between inversions and recessions — inverted yield curves have predicted all nine U.S. recessions since 1955.

You can observe the relationship in the following chart from WealthManagement.com, which shows the yield spread between two-year Treasury notes and 10-year Treasury notes (the traditional measure for inversions) during the most recent recessions (shaded in gray).

Recent history shows that a recession follows yield curve inversion in an average of 16 months, and the setback lasts, peak to trough, for an average of 12 months.

Before tackling whether or not this should worry you, it’s worth noting that on December 3, 2018, the S&P 500 Index closed at 2,790. On August 16, 2019, it closed at 2,891, a gain, not including dividends, of about 3.6%. Including dividends, the return would have been about 5% — well above the return available on cash during the period. It’s also worth noting that, given concerns about a slowdown in global economic growth, at its July meeting the Federal Reserve reduced the federal funds rate by 25 basis points, and the market expects two more cuts of the same amount by the end of the year.

So, with that said, should investors be concerned, or acting, based on the recent inversion?

To begin, it is important to understand that what matters is not just the relative level of interest rates but also whether the Fed’s policy is accommodative or contractionary. The reason we have experienced recessions after inversions is that Fed policy was contractionary as it tried to fight inflationary pressures. By raising short-term real interest rates to levels sufficient to slow demand and fight inflation, the Fed can cause an economic slowdown and even an outright recession. With this understanding, we should ask whether Fed policy is currently in a contractionary or accommodative regime.

When it comes to monetary policy, it is the level of real interest rates, or the inflation-adjusted federal funds rate, that matters. On average, the real federal funds rate is positive. Over the last seven decades, it averaged about 1.3%. We fell well below that level in January 2008, when the Fed slashed rates to try to prevent a depression. The Fed has kept policy accommodative since then. The latest forecast from the Federal Reserve Bank of Philadelphia’s Survey of Professional Forecasters is for inflation to be just 1.9 percent in 2019. With the current three-month Treasury bill rate at 1.86%, we have a real three-month Treasury bill rate of essentially zero, well below the historical average of 1.3%. Clearly, monetary policy is still accommodative and supportive of economic growth. As long as the real federal funds rate remains at relatively low levels, investors should temper any concern they have about an inversion in the yield curve.

In addition to relatively loose monetary policy, we also have massively stimulative fiscal policy, with the budget deficit at about $1 trillion. That doesn’t mean a recession is impossible, as one can be caused by exogenous events, but it isn’t going to be caused by monetary or fiscal policy that is too tight.

Observe also that while the yield curve inverted in December, the July unemployment rate fell to 3.7%, down from January’s level of 4%. Moreover, the latest consensus forecast of professional economists is for GDP growth in 2019 of 2.3%, and growth in the third and fourth quarters of 1.8% and 2.0%, respectively. In addition, the forecast for 2020 is for growth of 1.9%.

Another reason you should not focus on the slight inversion we have experienced relates to the fact that the flattening of the yield curve has mostly occurred at the longer end. While U.S. interest rates are well below historical levels, they are still well above those of most other developed countries. For example, on August 16, 2019, the yield on 10-year U.K. Gilts was just 0.46%. The yield on 10-year German Bunds was slightly negative at -0.69%. The yield on Japanese 10-year government bonds was also negative at -0.24%. Rates have fallen so sharply that we now have more than $15 trillion in government debt with negative interest rates.

Those low yields have led the U.S. Treasury bond market to attract capital, suppressing our longer-term yields and flattening the curve. Normally, a flattening yield curve might signal that the market is expecting weaker economic growth. However, today, that flattening could just as likely be a result of “safe-haven demand” — capital flowing to the United States because our economy is less likely to be negatively impacted by a trade war, as the percentage of our GDP that is exports (about 12%) is only about one-fourth of the percentage of the Eurozone’s GDP that is exports (about 46%) — and the global search for higher yields.

There’s one other important point to remember: If the yield curve inverted further due to a weakening of the economy, it is likely that Fed policy would become even more accommodative, reducing the risks of a recession and a bear market.

As the perspective I offer is always based on the evidence, let’s now turn to the evidence on stock returns following inversions.

In an August 2018 article, “What Does a Yield Curve Inversion Mean for Investors?”, Dimensional examined the returns to stocks following inversions for five major developed nations, including the United States, since 1985. The article states: “Equity returns (as measured by MSCI local currency indices) were a mixed bag in the three years following an inversion, with US index returns higher 66% of the time at the 12-month mark and only 33% of the time 36 months later. When all countries are included, returns of the indices were higher 86% of the time 12 months later and 71% of the time 36 months later.” Dimensional concluded: “It is difficult to predict the timing and direction of equity market moves following a yield curve inversion.”

My colleague, Jared Kizer, also looked at returns following yield curve inversions. Jared examined inversions, defined as the spread between two-year and five-year Treasuries, and found that the three years following one produced a total market beta premium of just under 3%, and the five years following one produced a total market beta premium of almost 11%. Jared also noted a very wide range of outcomes for the market beta premium over both horizons, but particularly for the five-year period. Among five-year periods, four results had negative total returns (although two of these overlap), with two of them being negative total returns in excess of 30% (the largest negative total premium was -42%). However, in some five-year periods, the total market beta premium was substantially positive, with a few results in excess of 50% (the largest was 69%). In other words, U.S. stock market returns have tended to be lower than their historical average, but still positive, following periods of yield curve inversion.

The bottom line is that while an inverted yield curve may be a reliable indicator that a recession is likely to begin, on average, within 16 months, it is not an indicator reliable enough to allow you to profitably time stock markets. That should not come as a surprise, as there is no evidence that active managers have been able to exploit any signal provided by well-publicized information on the predictive nature of yield curve inversions. If there were any such evidence, we would see it in the annual S&P Dow Jones Indices versus Active (SPIVA) scorecards. But none exists, in either the stock or the bond market.

Remember, if information is well known, any predictive value it contains already is built into current prices. Thus, it’s unlikely you can use it to generate outperformance. Investors fail to differentiate between information and value-relevant information, unfortunately trading on what is nothing more than valueless information. Certainly, if you hear it on TV or read it in the newspaper, it is way too late to act on it.

There will always be something for investors to worry about, which is why Warren Buffett warned that once you have ordinary intelligence, success in investing is determined far more by temperament — the ability to ignore the noise of the markets and adhere to your well-thought-out plan that incorporates the risks of negative events. Hopefully, your plan reflects the certainty that negative events, including non-forecastable Black Swan events, will occur with a high degree of regularity and ensures that you are not taking more risk than you have the ability, willingness and need to take. Getting that right raises the odds that your head, not your stomach, will be making investment decisions. I’ve yet to meet a stomach that makes good decisions.

Lastly, ask yourself this question: Is Warren Buffett spending even one minute worrying about a yield curve inversion? The answer almost certainly is no, because he has said he hasn’t even looked at, or listened to, an economic or market forecast in more than 25 years. One of the great anomalies in finance, which I point out in my book “Think, Act, and Invest Like Warren Buffett,” is that while investors idolize Buffett, they not only fail to follow his advice but often do the exact opposite, to their great detriment.

The strategy most likely to allow you to achieve your financial goals is to develop and adhere to a long-term plan in line with your ability, willingness and need to take risk. By doing so, you will be better able to focus on investing in a systematic way that will help you meet your long-run objectives.

A version of this article previously appeared on ETF.com.

The opinions expressed by featured authors are their own and may not accurately reflect those of the BAM ALLIANCE®. This article is for general information only and is not intended to serve as specific financial, accounting or tax advice.

Larry Swedroe is the Chief Research Officer for Buckingham Strategic Wealth. He has authored or co-authored more than a dozen books and is regularly published on ETF.com and Advisor Perspectives. He has made appearances on national television shows airing on NBC, CNBC, CNN and Bloomberg Personal Finance. Larry holds an MBA in finance and investment from New York University, and a bachelor's degree in finance from Baruch College in New York.
More About Larry